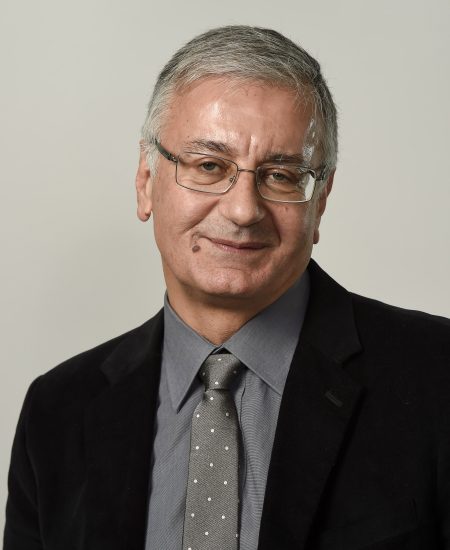 Prof. Ioannis Stavrakakis (IEEE Fellow) (http://cgi.di.uoa.gr/~ioannis/), is Professor in the Dept of Informatics and Telecommunications of the National and Kapodistrian University of Athens. He received his Diploma in Electrical Engineering from the Aristotelian University of Thessaloniki and his PhD in the same field from University of Virginia, USA.

His research has been published in over 220 scientific journals and conference proceedings and was funded by USA-NSF, DARPA, GTE, BBN and Motorola (USA) as well as Greek and European Union (IST, FET, FIRE) funding agencies. He has received 2 Marie-Curie grants for training post and has supervised about 20 Ph.D. graduates.

He has served repeatedly in NSF and EU-IST research proposal review panels and involved in the TPC and organization of numerous conferences sponsored by IEEE, ACM, ITC and IFIP societies. He has served as chairman of IFIP WG6.3 and elected officer for IEEE Technical Committee on Computer Communications (TCCC). He has been in the editorial board of Proceedings of IEEE (2015-), Computer Communications (2008-), IEEE/ACM transactions on Networking, ACM /Springer Wireless Networks and Computer Networks journals. He has served as head of the Communications and Signal Processing Division, Director of Graduate Studies, Dept Vice-Chair and Dept Chair.