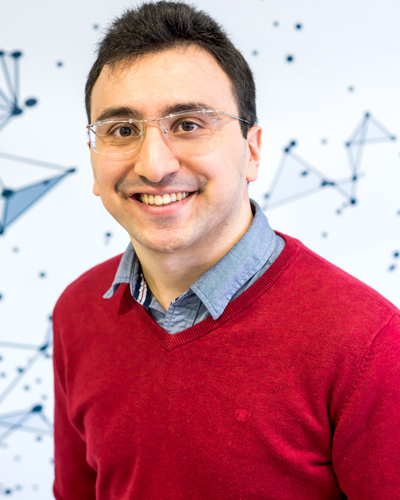 Millimeter wave (mmWave) technology is one of the main pillars of the next generation Wireless Local Area Network (WLAN) and 5G mobile networks. The main reason lies in the quantum leap of capacity it provides with respect to wireless networks operating in the sub-6-GHz band. Nevertheless, efficient and reliable communication in the mmWave band demands novel techniques to tackle all the barriers associated with wireless propagation in this band. For example, material penetration and diffraction in the mmWave band are much weaker than the ones experienced in the sub-6-GHz band. As a result, wireless propagation in the mmWave band has a quasi-optical behavior in which the Line-of-sight component contributes to the majority of the received signal power. For these reasons, mmWave devices rely on either horn antennas or electronically steerable phased antenna arrays to establish directional beams and focus the energy towards a specific direction in space. Although directional communication compensates for the high power attenuation, it creates a new problem that is uncharted for wireless networks operating in the sub-6-GHz band. It makes mmWave wireless links susceptible to blockage, human mobility, and device rotation. Solving these issues requires developing algorithms to quickly find alternative paths for communication upon link interruption.

The IEEE 802.11ad protocol is the first WLAN standard that supports wireless networking in the unlicensed 60 GHz band. IEEE 802.11ad tackles the aforementioned problems by introducing new mechanisms at the medium access control (MAC) and physical (PHY) layers such as beamforming training and beam tracking, hybrid channel access scheme, relay operation mode, multi-band operation, etc. The performance of 60 GHz networks is the result of the interaction of all layers of the protocol stack with the wireless medium. To understand this interaction, it is fundamental to consider 60 GHz networks as a whole. Nevertheless, real-world experimentation with mmWave communication is not always feasible due to the significant amount of resources required and its associated costs. For these reasons, we develop in this thesis a high fidelity system-level model to simulate the IEEE 802.11ad standard. This allows us to study large-scale wireless networks operating in the 60 GHz band, taking into account all of the essential features supported by the standard. We investigate the networking aspects of various mmWave wireless network deployments and provide solutions to boost their performance. Additionally, since most of the mmWave devices are anticipated to adopt the carrier sense multiple access with collision avoidance as the primary channel access scheme, we propose two frame-aggregation policies that significantly improve network throughput and reduce end-to-end delay.

To complement our insights from the simulations, we analyze in-depth the performance of Commercial off-the-shelf devices that implement the full 802.11ad protocol stack. Fortunately, a growing number of 60 GHz devices supporting the IEEE 802.11ad standard have become recently available. However, the standard does not specify implementation-dependent characteristics that have a significant impact on device performance. For example, this includes the periodicity of beamforming training, which directly affects ongoing communication and performance under mobility. Also, the placement of the 60 GHz antenna in the device plays a fundamental role regarding self-shadowing, which in turn affects how the device shall be deployed to maximize coverage and improve spatial reuse. Understanding such implementation-dependent issues is crucial to correctly draw the aforementioned system-level insights. In this thesis, we characterize and compare commercial 60 GHz devices which are widely used for research purposes. Particularly, we look at different networking aspects, including spatial sharing, beam patterns synthesis, frame aggregation, and the interactions between carrier sense multiple access with collision avoidance (CSMA/CA) and Transmission Control Protocol (TCP) protocols within dense network settings. In summary, we find significant discrepancies in terms of behavior and performance between these devices and what theory suggests. Additionally, achieving a gigabit of throughput and maintaining low-latency require adopting cross-layer solutions operating between the MAC layer and the transport layer.

The firmware running on these devices provide some experimental capabilities based on the operation of the IEEE 802.11ad protocol. These capabilities include reporting the Channel State Information (CSI) per antenna element for the connected antenna array. This CSI information contains valuable information about the spatial environment. Additionally, this information is sensitive to any minor changes in the environment. This inspires us to build a collaborative scheme consisting of spatially distributed APs that sense the environment and pinpoint the location of an obstacle without involving the end users.

In this thesis, we first delve into the operation of the IEEE 802.11ad protocol and analyze its performance both in simulations and practice. Second, we propose a set of solutions and recommendations to boost its efficiency. Finally, we extend its scope beyond typical wireless communication and utilize it to build a passive localization system.

Hany Assasa graduated from Damascus University (Syria) in 2010 with a bachelor degree in Electronics and Telecommunications Engineering and also received double degree master in Information and Communication Technologies from both Politecnico di Torino (Italy) and KTH Royal Institute of Technology (Sweden) in 2014. He joined IMDEA Networks Institute in 2015 as a Ph.D. student. During his stay at IMDEA, he pursued two internships at both NEC Laboratories Europe (Germany) and imec (Belgium). His primary research is focused on enabling efficient and robust communication in the 60 GHz band both in theory and real-world testbed deployments.