A PhD Student at IMDEA Networks mentors them. Six teams will compete in the final at Silicon Valley on August 15th

The LPSN team, formed by 5 students of Madrid’s secondary school IES Velázquez de Móstoles, has been selected to represent Spain in the final of the Technovation Challenge. The last stage of this global competition that promotes technological entrepreneurship amongst girls will take place in August 15th in San Francisco (USA). Cristina Márquez Colás, an external PhD student at IMDEA Networks Institute who is undertaking the doctoral program at the University Carlos III of Madrid together with Oscar Amador Molina, mentor the team.

Under the name of “LPSN Company“, the 15 to 16 year-old students Nuria Villoria Testillano, Lucia Adrián Tovar, Sandra Caamaño Gómez, Lucía Fernández Rosas and Paula Fernández Rosas, have joined up to design the project that has taken them to San Francisco. With the help of their mentors, the Telecommunications and Telematics engineers, and PhD students in the latter branch, Cristina Márquez and Óscar Amador, and the support of their technology teacher Gloria Roig, the five girls developed a mobile app and created a business plan and a marketing strategy in social media (@lpsncompany on Instagram and Twitter).

“When & Where”, the app developed by these teenagers, which is aimed mainly at women, uses geolocation technology to protect the user when walking or running outdoors. The application, which is already available on Google Play, collects the user’s real-time location and, if it identifies an anomaly, prompts the user to confirm that she is okay. If something is indeed wrong, the app allows the user to notify a chosen contact or the emergency services. In this way, if a problem occurs, the app will display the exact time and location of the occurrence. According to the team, as stated in their promotional video, they were inspired to develop the app by the various cases of abductions and assassinations of women that have taken place in Spain in recent years. 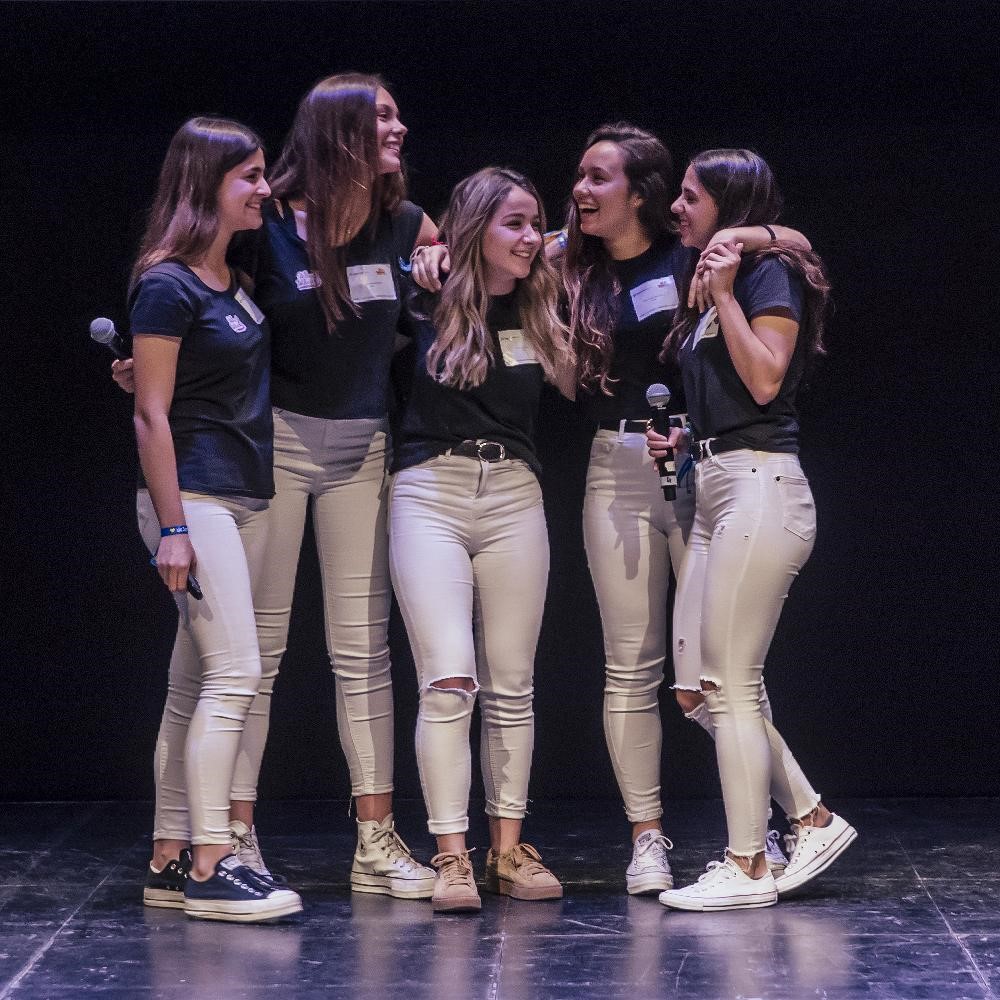 “LPSN Company” celebrate its passage to the final at the University Carlos III of Madrid, where the regional phase of the competition was held

Cristina Márquez, who is writing her doctoral thesis under the supervision of Albert Banchs, deputy director of IMDEA Networks, will accompany LPSN Company to the final of the Technovation Challenge, where only 12 (6 senior and 6 junior) out of the 1966 competing groups have been selected to present their proposals in Silicon Valley, the cradle of technology and innovation. The Spanish team will take on teams from Brazil, Kazakhstan, Albania, India and the USA.

The participation of Cristina Márquez in the Technovation Challenge gives testimony of IMDEA Networks’ commitment to promote scientific dissemination together with activities that reinforce the interest of young people in the study of STEM (Science, Technology, Engineering and Mathematics) subjects. She sums up the importance of these activities saying: “My main task has been to guide these girls wherever they needed help, whether in the development of the tool or the code or in the elaboration of their message. Also, being a researcher, I have promoted a work environment where research and the generation of ideas were essential to the evolution of the project, and I have encouraged teamwork and motivated them to develop the necessary skills to make the app a reality. ”

Listen here to the girls and their mentors being interviewed by Spanish Radio Station Cadena SER.